I thought I would take a break from the Civil War research/sewing and try something new.  I assembled a bunch of blocks using the Missouri Star Quilt Company's tutorial for the double slice layer cake quilt.  It looked easy enough to be relaxing and since my daughter-in-law wants to learn to quilt, it might be a good beginning project.  I wanted to try it before I encouraged her to tackle it. 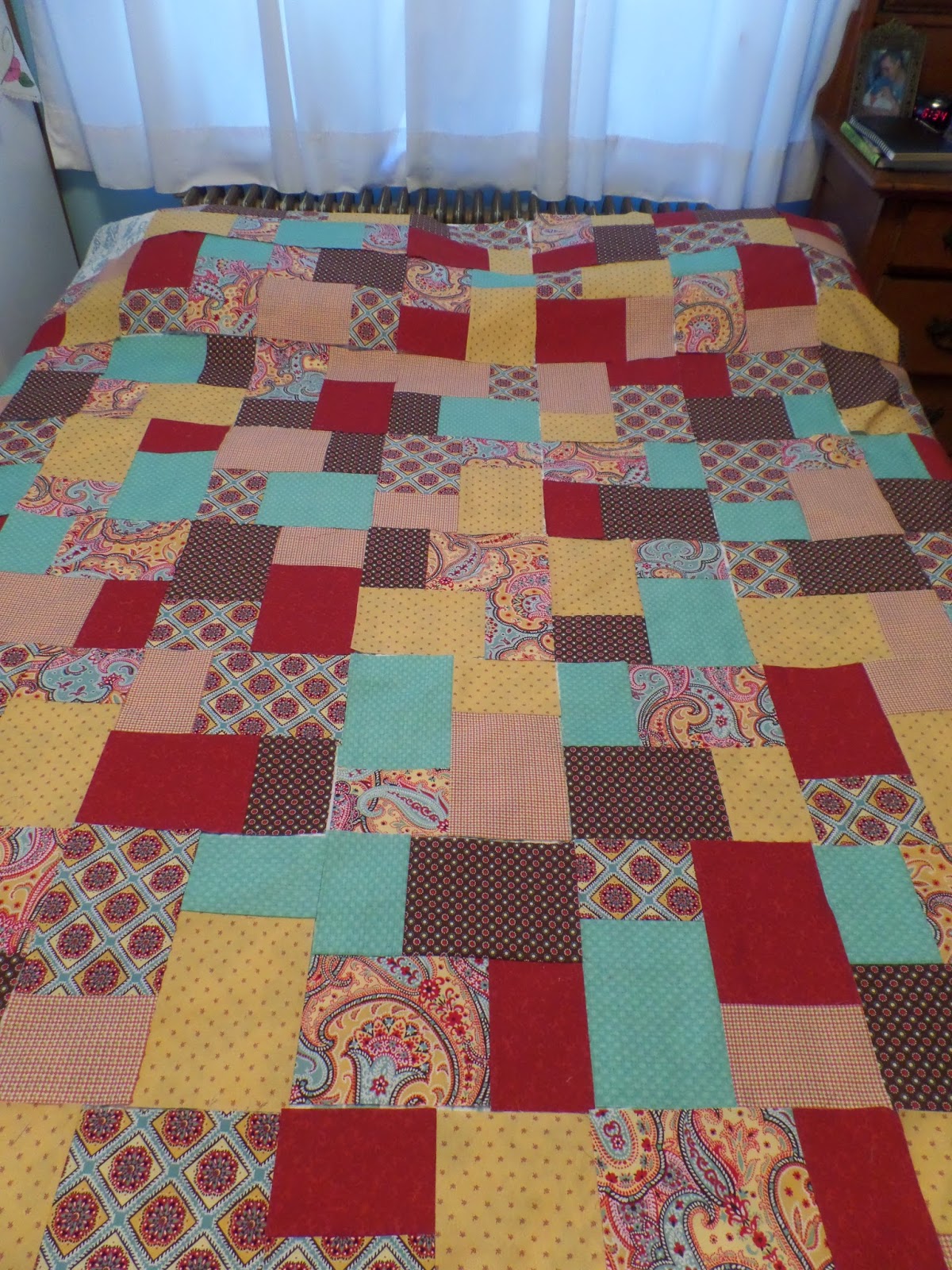 I didn't use a layer cake, I wanted to use up some fabric I already had.  The photos don't really do the colors justice.  It is very VERY grey here, we've had a lot of rain and flooding (which of course is the perfect time to sew).

These are the blocks.  I haven't pieced it together yet.  I'm trying to decide if I want to make a bed quilt or two throws out of the blocks.  Jessica had expressed some interest in this (for herself) so I'll ask her first what she wants and then go from there. 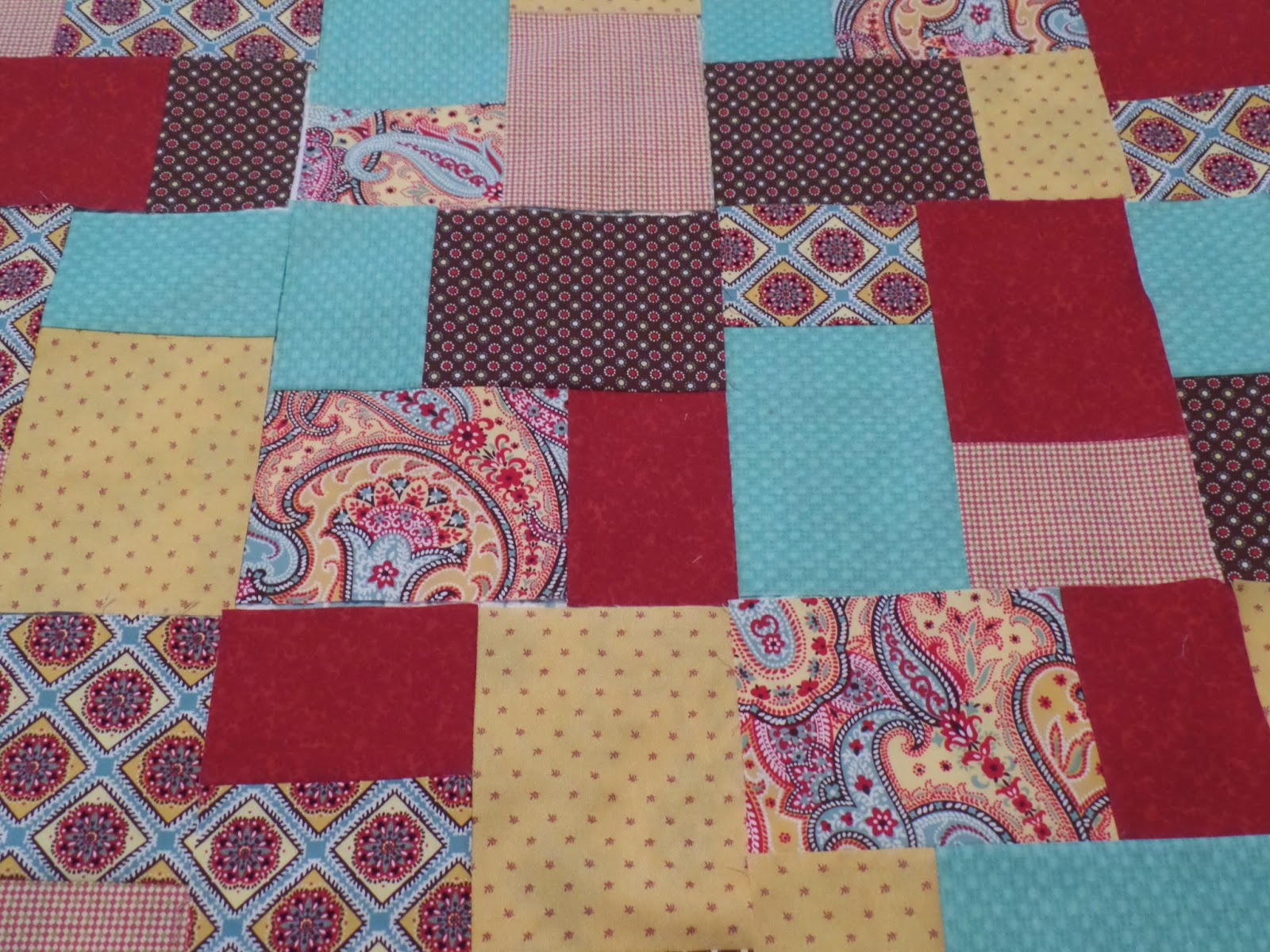 This is one of those quilts that becomes dependent on the quilting.  I would like to have something paisley-ish to cover it.
I did like this and thought it was a lot of fun to make plus super easy.  Two thumbs up for a great tutorial!
Posted by Michele McLaughlin at 8:23 AM

Very pretty - I think it'll be easier for her to work on a smaller quilt - less achy back, anyways, lol!